Grayscale Investments asserted that amid the current economic uncertainty prompted by the latest governments’ actions to print lots of money, institutional investors turn to Bitcoin and other cryptocurrencies looking for a potential hedge against inflation.

BTC And Crypto To Serve As Hedge

One of the world’s leading digital asset management companies recently posted on Twitter their views regarding the current financial situation and the role of cryptocurrencies in it:

“As we’ve closely monitored the market in the wake of recent economic policy decisions, we’ve seen that the crypto asset class is not only resilient, but that interest is surging as the monetary stimulus has caused investors to look to $BTC as a potential hedge against inflation.”

Such increasing rates could arrive because world governments have been printing excessive amounts of money to fight the consequences of the novel COVID-19 pandemic. The US alone printed several batches of trillions of dollars which inserted into its financial markets and its economy.

However, numerous experts believe that these measures could ultimately tank the value of the dollar and the other fiat currencies. Prominent economist Peter Schiff even warned that the US could find itself in a hyperinflation state if this practice continues.

The Grayscale tweet from earlier also included a compelling graph exhibiting the performance of several investment assets in the first five months of the new decade. 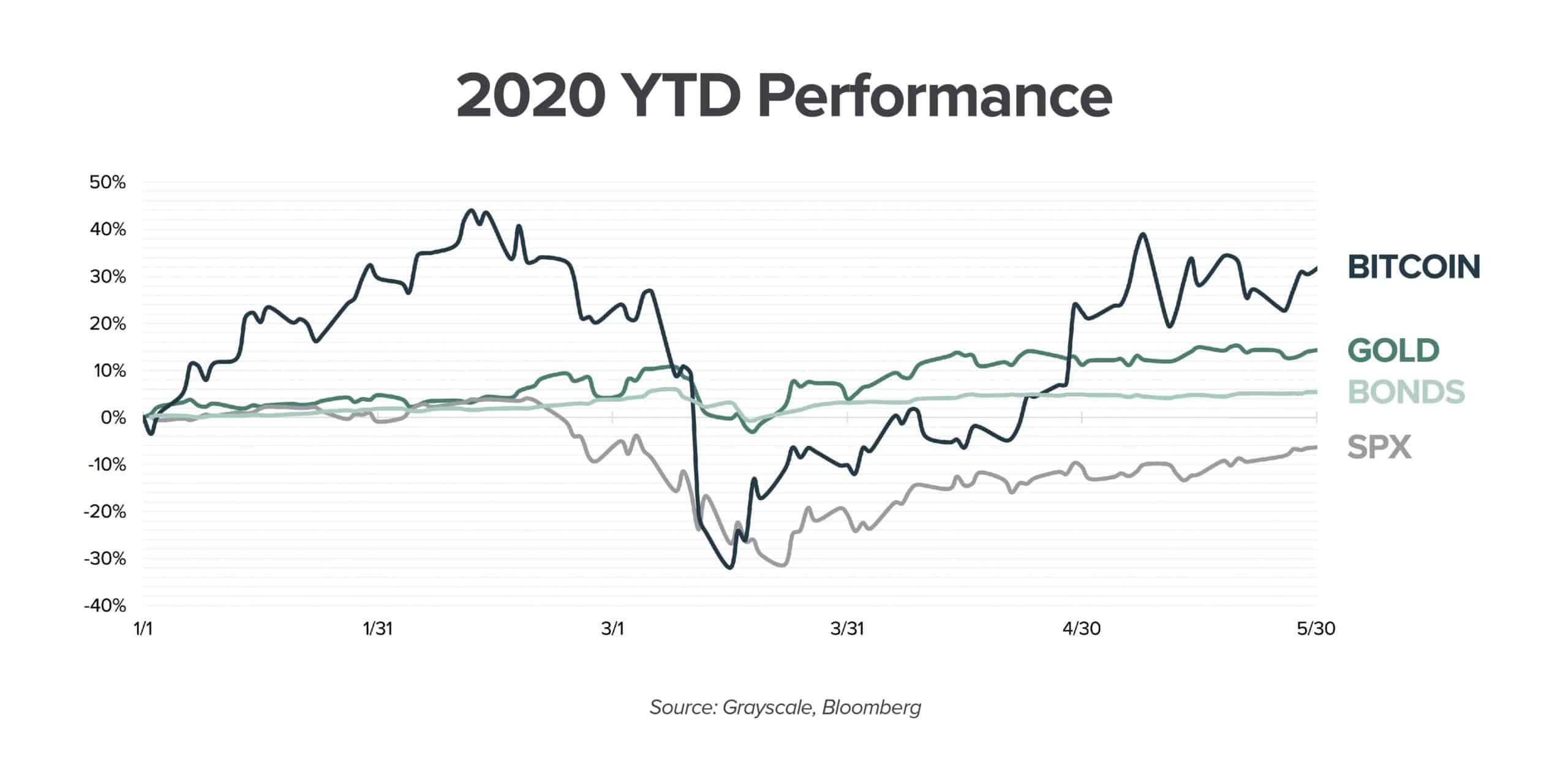 The image demonstrates that in this period, the S&P 500 index was down by nearly 10%. Government bonds were just in the positive, and gold had registered gains of about 13%.

Bitcoin’s numbers were substantially higher, registering a double-digit increase of about 30%. The primary cryptocurrency bottomed during the mid-March sell-offs, but it recovered fully since then, without the assistance of a central authority behind it.

Being also the best performing asset of the previous decade, Bitcoin has attracted numerous proponents even from the institutional investment field. A recent survey compiled by Fidelity exemplified this by informing that 36% of such investors own BTC or some alternative coins.

Grayscale, serving primarily institutional investors, also supported this narrative as some reports inform that the company has been buying vast quantities of BTC since the start of the year.

The company sells the primary cryptocurrency with a premium of about 23% at the time of this writing. Meaning that investors purchasing shares through Grayscale prefer paying more to avoid transferring, storing, and managing the coins on their own.

Security Token Exchanges May be the Next Phase in the Finance Evolution.Market News

BTC Investors Bullish Even as Bitcoin Price Is Below $10K — On-Chain Data.Market News